1. What is a Coordinate Reference System ?

In Alteia the Coordinate Reference System (CRS) will indicate what reference is used for the horizontal and altitude/height coordinates.

Using the coordinates, a CRS establishes the relationship between the 2D information and the actual physical world location.

The first thing to do is to choose the CRS of the Site.

The Site CRS can be defined during the site creation or later and it is editable for managers in Site info panel. 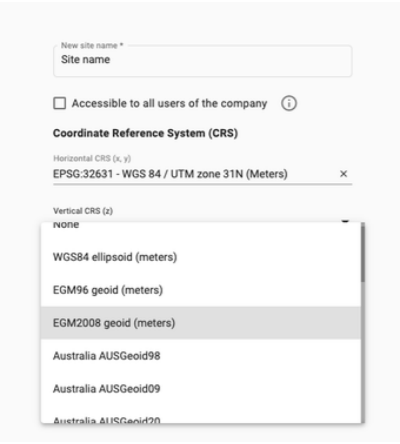 When you proceed with uploading a new survey, after dropping the pictures during the image selection: 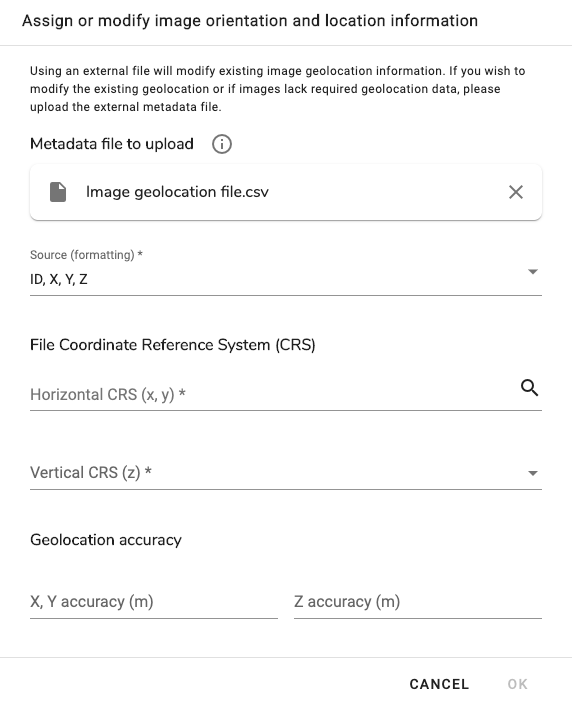 Every time the platform user is requesting a photogrammetry processing, Alteia will always request the desired output CRS system.

The output of most of Alteia analytics are delivered with the CRS of the Photogrammetry except the file that has a standard CRS (ex: GEOJSON, KML which are in standard WGS84)

5. How to consult the Site CRS

The site CRS is displayed on the Site Info Panel.